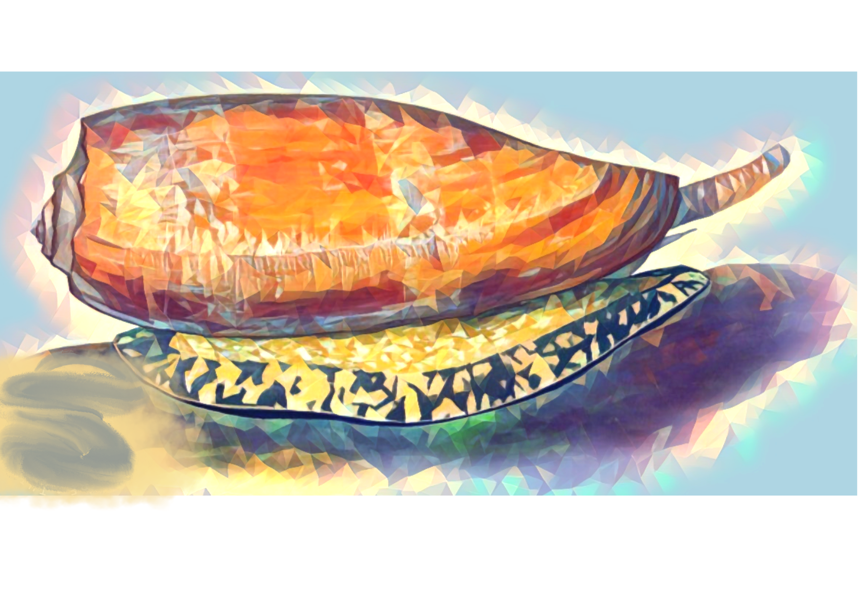 The Cone Snail that Delivered the Golden Goose[1]

When I started to write this essay, I was reminded of the fable about “The Goose that Laid the Golden Eggs.” In one version of the story, a goose that laid one egg everyday was killed by a farmer thinking that there were a lot of golden eggs inside. When opened, the goose proved to be like any normal goose without any gold.

In “The Cone Snail that Delivered the Golden Goose,” I will share with you the story about the basic research on cone snails undertaken by Dr. Lourdes J. Cruz of the University of the Philippines, and Dr. Baldomero M. Olivera, Dr. J. Michael McIntosh, and Craig Clark (in memoriam) of the University of Utah. Their research led to the team’s recognition as 2022 Golden Goose Awardees under the stewardship of the American Association for the Advancement of Science. The Golden Goose Award is a United States award that is conferred in recognition of scientists with seemingly obscure, federally funded basic research that led to major breakthroughs resulting in innovation or invention with significant impact on humanity.

Cruz was a faculty member at the Department of Biochemistry (now Department of Biochemistry and Molecular Biology), U.P. Manila. Olivera was a faculty member in the same department while he also worked on DNA synthesis at Kansas State University. Dr. Olivera was, in fact, one of the researchers who discovered DNA ligase, an enzyme used in DNA replication and repair. In the 1970s, research in the Philippines was hindered by inadequacy of equipment, but Cruz and Olivera embarked on the cone snail project.

Cone snails (genus Conus) abound in the country, counting about 750 species. Hence, with limited equipment, Cruz and Olivera started investigating the nature of cone snail venoms. The cone snail hunts prey in various ways, and they have specialized diets. There are those that eat worms, others eat mollusks, and the rest eat fish. The cone snail immobilizes a fast-moving fish prey by using a highly specialized venom apparatus. To catch a fish, a usual strategy is for a cone snail to bury itself in the sand and extend its proboscis that is like a fishing line. The cone snail injects venom into the prey by means of a disposable hollow tooth, which serves as a hypodermic needle and harpoon. When the tip of the proboscis touches the fish, the snail ejects the needle-like structure from the end of the proboscis and harpoons the fish, allowing paralytic venom to flow through the hollow proboscis. As the fish prey has been paralyzed, it is swallowed whole by the cone snail. Because of the potent venoms, the cone snails, particularly the geography cone Conus geographus, have caused fatalities in humans. An early discovery of the cone snail team involved the nature of the venom. The researchers discovered that the bioactive venom components were small proteins known as peptides which were named conotoxins or conopeptides.

Olivera moved to the Department of Biology (now School of Biological Sciences), University of Utah, while Cruz collaborated with him initially via long-distance communication and later obtained a research faculty position that allowed her to visit the University of Utah periodically. The laboratories at U.P. Manila and U.P. Diliman Marine Science Institute (where Cruz later became affiliated) provided crude venoms from various cone snail species, while the University of Utah provided access to cutting-edge technology used for venom analyses.

Craig Clark and J. Michael McIntosh, undergraduate biology students at the University of Utah, later joined the team. Clark was specifically curious about the brain leading him to discover the technique that altered the course of cone snail research. Initially, different venom components were injected into the muscle of laboratory mice, but nothing noteworthy was observed. Then Clark experimented to find out the effects if the venom were injected into the brain of mice. He did cranial injections, and the results were astonishing – a range of behavioral effects in mice were seen. Different venom fractions caused hyperactivity, circular motion, scratching, depressed activity, sleep, back legs drag, paralysis, convulsion, coma, etc. Thus, each venom component was hypothesized to target highly specific areas in the brain.

McIntosh joined the team after the laboratory started using Clark’s brain injection method. In 1987, Olivera, Cruz and McIntosh, along with other collaborators, published in SCIE-indexed journal Biochemistry the purification from the magician’s cone Conus magus (a fish-eating species) of a venom component that caused shaking in mice. The peptide referred to as omega-conotoxin MVIIA consists of 25 amino acids. The team proved that omega-conotoxins blocked calcium channels. With other collaborators, they discovered other omega-conotoxins that are useful in the elucidation of how the body transmits signals to the brain.

Several years later, the discovery led to the development of omega-conotoxin MVIIA into a potent pain reliever named ziconotide that is commercially known as Prialt. It is noteworthy that ziconotide is a complete synthetic copy of omega-conotoxin MVIIA that is much more potent than morphine but does not develop tolerance or cause addiction. Patients who use Prialt are equipped with a programmable and refillable pump that is implanted into the abdominal cavity and needs to be refilled every few months. While this procedure inevitably limits the use of Prialt, the medication can be used as an alternative treatment to morphine. This option has been life-changing for the patients who use it, particularly those who are suffering from cancer, AIDS, or other chronic conditions and are unable to cope with severe pain.

Due to their ability to cause specific behavioral effects in pre-clinical models, the omega-conotoxins have been useful to researchers in the development of novel methods to map the nervous system. With omega-conotoxins as probes, neuroscientists are mapping the brain’s calcium channels. Over the years, several other types of conotoxins have been discovered, including conantokin whose name was derived from the Filipino word “antokin” because it causes sleep when injected into the brain of young mice. Many of those conotoxins were found to influence neurotransmission. Thus, scientists are exploring the possibility of using the omega-conotoxins, conantokins, and the other types of conotoxins to treat various brain disorders.

Sadly, Clark passed away at a young age. His concept of injecting venom into the brain of mice has brought a lot of benefits to humans through its important applications in neuroscience and medicine. The curiosity, innovation and serendipity proved to be very remarkable in the cone snail research.

Unlike the goose, the cone snail needed to be ‘sacrificed’ (killed) to obtain the ‘gold mine’ that comprises the various types of conotoxins. Thus far, the conotoxins have proven to be beneficial to humanity. Also, the cone snail has successfully delivered the Golden Goose to the highly deserving scientists.

Dr. Elsie C. Jimenez is Professor Emeritus at the University of the Philippines Baguio. She has undertaken research on conotoxins for more than two decades, with periodic research scholarships / fellowships at the Olivera Lab, University of Utah from 1994 to 2007. National Scientist Lourdes J. Cruz was her M.S. thesis and Ph.D. dissertation adviser and Distinguished Professor Baldomero M. Olivera was her Ph.D. dissertation co-adviser. 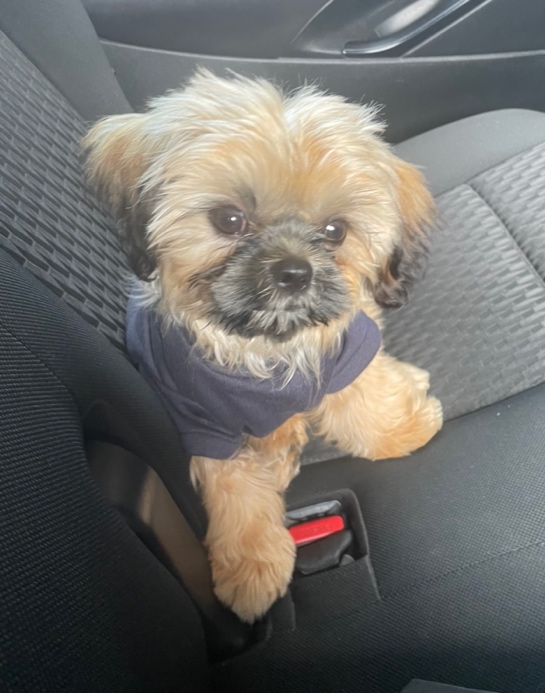 Photo from the Author.

I was chased by dogs when I was little, and that put a healthy dose of fear in my heart for a long time. I do not have a phobia of dogs because we had pet dogs at home while I was growing up, but the neighbors’ dogs scared me. Long before RA 9482 The Anti Rabies Act where any dog on the street without a leash is considered a stray, dogs were free to roam the neighborhood without being caught and impounded. I encountered a growling snarling dog and I ran for my life. Luckily, I was not bitten, but I’ve been wary of dogs ever since.

For a long time, decades, I never thought I would actually take care of a dog. I always insisted that I was not an animal hater nor remotely favorable of animal cruelty, but I was cautious because of my fear. I don’t recall ever wanting to pet a dog or cat. That all changed when I met a very quiet and friendly shih tzu. He was quiet, friendly, and very laid back. There was no jumping, barking, or any aggressive behavior at all. It was like meeting a friend who didn’t want to chatter, but he wanted to sit with me and enjoy my company. A few months after meeting this lovable creature, I had the opportunity to become the human of one of his grandpups. Everyone who knows me would say I am impulsive. Maybe taking care of a puppy was impulsive, but I raised a son, and I didn’t have a manual to do it. How difficult would it be to have a puppy, I thought.

My puppy came into my life at the heels of my son leaving for the States. Maybe I was lonely, sad, longed for another child, missed my progeny, or simply wanted to ride the furbaby wagon, but here I am now, the proud mommy of five-month old Edamame. Edamame is the Japanese word for soybeans which happens to be a common appetizer in Japanese restaurants the world over. I do love my soybeans, and I could have named my puppy tofu or taho, but in my ears, those soy products didn’t have the same ring as Edamame. I think I am the only one who calls him Edamame though. He’s Ed, Edam, Eddie, or even Soy to other people because four syllables seem such a mouthful.

Recently, a friend asked me what I have learned about having a puppy so far. I didn’t really have to think much to answer. One, I have no patience to potty train. Edamame pees everywhere, but apparently, I have the patience to mop after him. Two, I have been enslaved. Britney Spears’ has a song about being a slave for someone, and I can relate. It’s not the same context maybe, but the words are true. I seem to live only to serve and take care of his royal Edamaminess’ needs. Three, he is one of the best gifts I’ve ever received in my life. My daily companion is clingy, needy, and seeks attention all the time, but he loves me, and that makes all the mopping and enslavement worth it. Four, I’m still scared of most dogs, especially the big and scary-looking ones. I only love my Edamame.

Having a puppy is like having a baby or toddler, so I take him everywhere I go. I feel like I won the lottery when people compliment Edamame. I know I have nothing to do with his cuteness, but I feel such a proud mother when strangers gush at him. Luckily, I do not have to fear this kind of reaction going to his head. For every stranger saying how cute he is, there is always another person exclaiming how he looks like a mop, an ewok, or Chewbacca.

Being chased by a snarling adult dog is a different experience from being chased by a playful puppy. I never thought that I would have a dog or that I’d enjoy being chased by one. I may not be over my fears completely, but having Edamame has brought me nothing but joy. 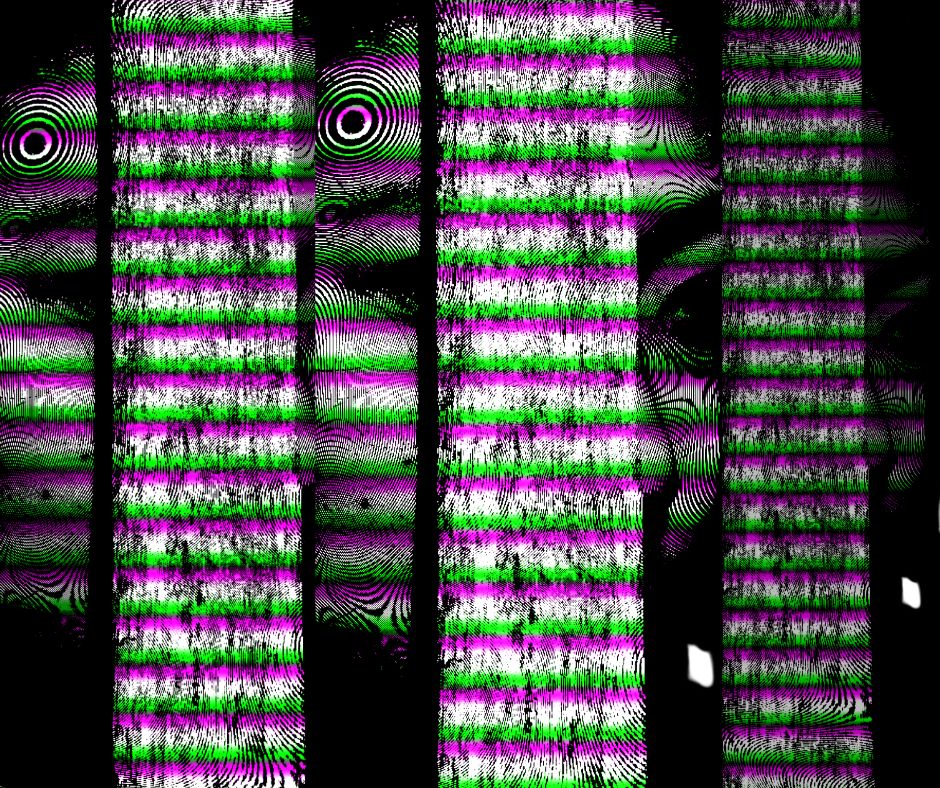