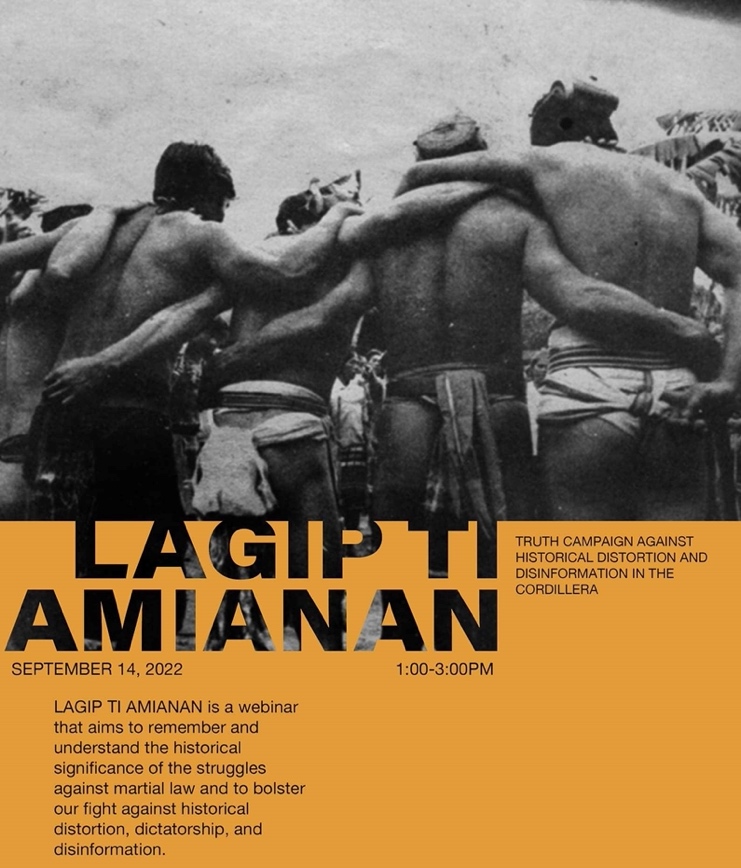 Cracks in the “solid North” do exist.

Last September 14, various academic and cultural organizations in Baguio City organized a webinar that brought back the narratives of struggle against the Marcos Sr. dictatorship in Baguio and the Cordilleras.

In commemoration of the 50th year anniversary of the imposition of Martial Law, the discussion entitled “Lagip ti Amianan: Campaign for Truth against Historical Distortion and Disinformation in the Cordillera” kicked-off events in Baguio City. Speakers from the academe and community newspapers were joined by more than 160 attendees which included students and campus journalists, teachers, cultural workers, media practitioners, and concerned citizens.

According to Prof. Priscilla Supnet-Macansantos, retired professor of mathematics from the University of the Philippines Baguio, a few months before martial law was declared, she remembered how student organizations Kabataang Makabayan (KM) and Samahang Demokratiko ng Kabataan (SDK) were very active in relief work after “the great flood in 1972.” It was KM and SDK’s political activities though, along with other political organizations that time, that would be used as a pretext by Marcos Sr. to declare military rule. But for Prof. Supnet-Macansantos, “regardless of how active the student groups were at that time, talagang plano niya [Pres. Ferdinand Marcos Sr.] to perpetuate himself in power.”

Prof. Supnet-Macansantos was arrested in 1972 shortly after the martial law declaration. She was already a writer for Outcrop, the student newspaper of the then University of the Philippines College Baguio (UPCB). Her first arrest happened a few weeks after leaving manifestos against Marcos Sr.’s martial law at the Baguio Cathedral. She and other students were illegally detained for five (5) months.

Upon their release, she was allowed to re-enroll at the UPCB. “But before the semester ended, kinuha na naman kami, kinulong na naman kami. Why? Maybe because I joined a meeting or two”, recalled Prof. Supnet-Macansantos. They were locked up in Camp Olivas in Tarlac. They were released seven months later.

Despite the military rule, censorship, and countless arrests, by 1976, students were able to revive Outcrop.

Immediately after Martial Law was declared, media institutions and newspapers that were deemed critical of the administration were closed. But in Baguio City, alternative channels emerged.

“Makikita mo dito ‘yung pagpasok ng mga… campus papers becoming community papers”, according to Frank Cimatu of Baguio Chronicle. Aside from Outcrop, other papers he noted were The Gold Ore of then Baguio Colleges Foundation (now University of the Cordilleras) along with local newspapers such as Sagada Postboy and the Baguio Midland Courier.

Baguio journalists braved the threats of military repression during this time, most of them were also correspondents for newspapers and magazines that challenged the authoritarian regime such as WHO Forum, Mr. & Ms., and the Manila Times.

For instance, in 1983, Isidoro Chammag, correspondent for Bulletin Today and Agence France-Presse, went on a fact-finding mission led by lawyers from the Free Legal Assistance Group (FLAG) to probe military atrocities in Tubo, Abra. He was the first to break the story – “Terror reigns in Abra, pregnant woman and 2 others killed” – amidst the military-enforced silence. But the following day, he was slapped with a PhP5 million libel suit by Gen. Fidel Ramos, Philippine Constabulary (PC) Chief and Director-General of then Integrated National Police (INP), and Gen. Victorino Azada, PC-INP Regional Commander.

Baguio journalists rallied behind him and launched the “Piso para kay Chammag” campaign. “Up to now ginagamit pa rin ang kaso [niya] to show that libel is a way of harassing the media,” said Cimatu.

Fight against historical distortion and disinformation

“Despite the atmosphere of repression, cultural ife thrived not only in UP Baguio but elsewhere. Theater… our issues in Outcrop contained quite a lot of literary contributions… dealing with important issues at that time”, recounted Prof. Supnet-Macansantos during the time of martial law. But these issues and narratives are still under threat.

During the webinar, Prof. Francis Gealogo of Ateneo de Manila University also stressed the dangers of historical distortion and disinformation prevalent in different social media platforms. “Ang mga oligarkiya at mga dinastiya ang mga pangunahing nagsasakatuparan nito dahil sila naman ang may rekurso,” he added. He argued that the roots of disinformation can even be traced to the authoritarian regime of Marcos Sr.

“The mythmaking started very far back,” noted Prof. Supnet-Macansantos. That is why her challenge to the participants is: “we must learn from history.” 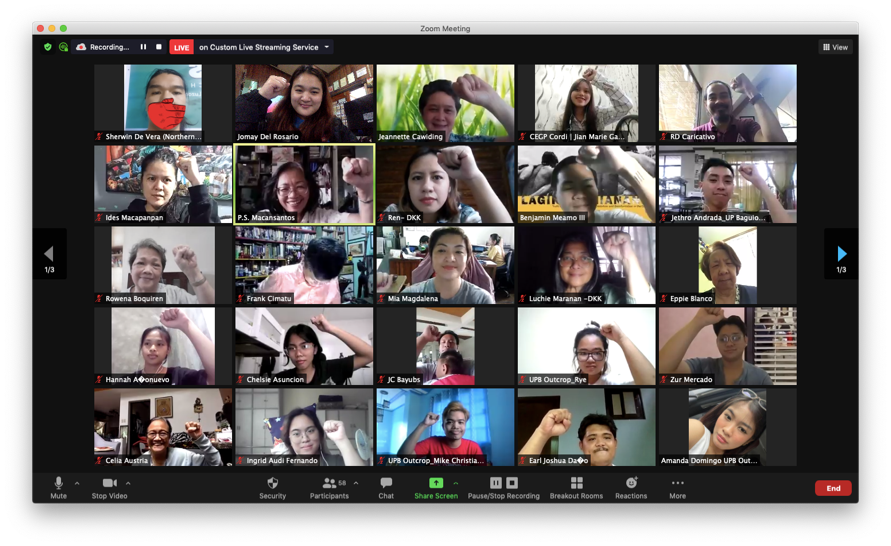 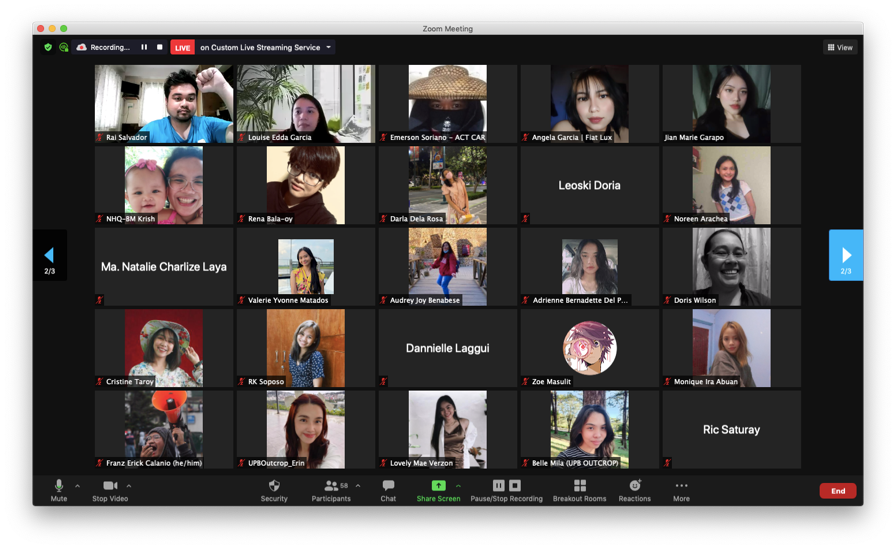 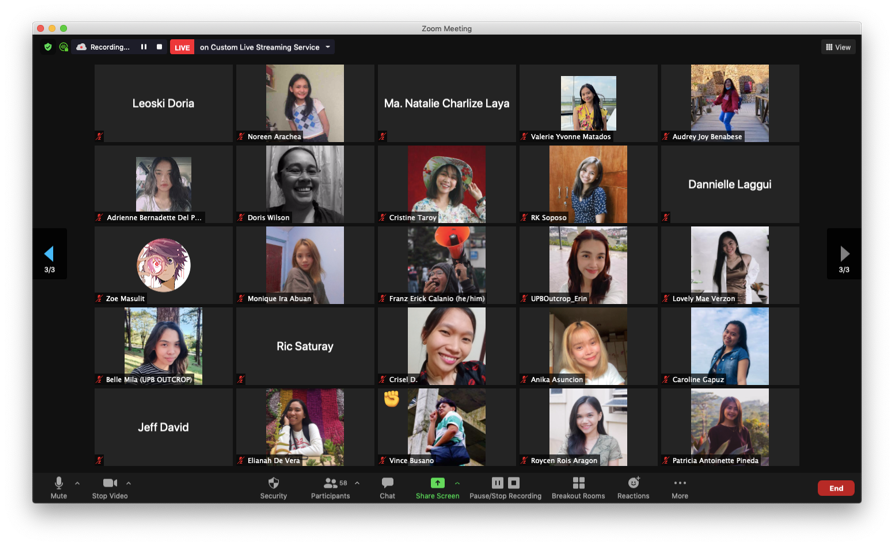