Playing the role of a ‘plantita’ during this time of pandemic 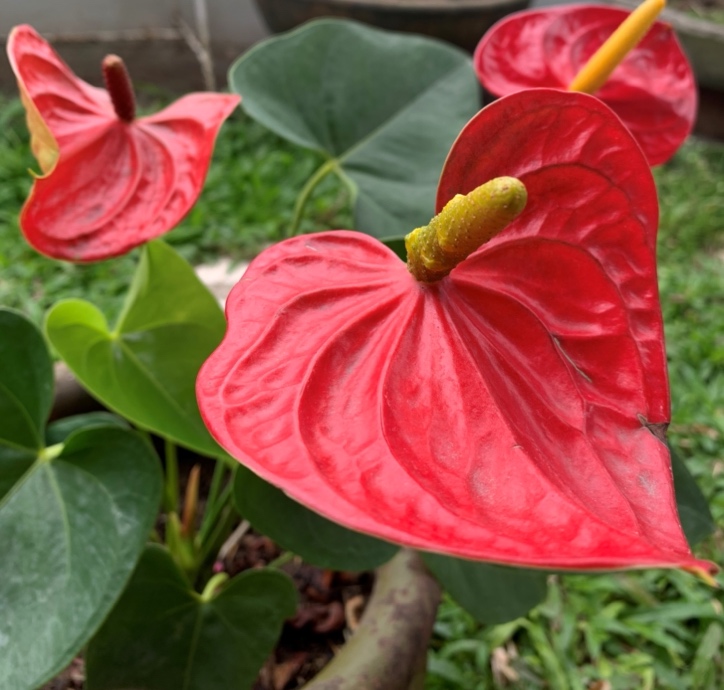 During these series of ‘lockdowns’ (CQs or Community Quarantines, and then Alert Levels), many have assumed the roles of ‘plantitas/plantitos’ (words derived from plant + titas/titos for aunts/uncles, to denote plant lovers). Together with my morning walking buddies in our village, I have had the experience of being a ‘plantita’. Most of my friends prefer the rare and expensive plants with variegated leaves, there is one who propagates herbal plants and supplies us with basil. I choose to rear flowering plants, including rose, orchid, calachuchi, euphorbia, anthurium, gumamela, santan, bougainvillea, yellow bell, petunia, zinnia, and stargazer. I have become interested as well in rearing a fruit-bearing plant, the dwarf calamansi that was obtained from an ambulant vendor. As soon as I get up in the morning, it has become my habit to take a few minutes to watch and admire the beautiful blooms, as well as the fruits sprouting from the dwarf calamansi in the garden. This routine has helped me unwind from stressful Zoom meetings and other virtual activities that are happening every now and then, secluded from the outside world.

This reminds me of an adage “stop and smell the roses.” As a matter of fact, smelling the roses has reasonably impressive cognitive health benefits. This was revealed in a study published in 2020 by Franziska Neumann and co-researchers in the Nature Group’s journal Scientific Reports. The study was featured as a news release in EurekAlert! which is a service operated by the American Association for the Advancement of Science. The research was carried out with two 6th grade classes composed of 32 and 22 healthy 11- and 12-year-old German students in their school and home environments. The students took one year of English classes prior to the study. Informed consent was obtained from the parents, and the study was performed in accordance with ethical standards. Groups of students were given the same language lessons which they studied before bedtime. The test group studied with rose-scented incense placed on their desks and continued to use the incense while they slept, while the control group studied the same material with no scent nearby. More rose-scented incense was placed near the test group for retrieval. The students then took a vocabulary test on the material they studied. The students who studied with the rose-scented incense showed stronger information retention than those who did not use scent. When the incense was used during both the learning and sleeping periods, the students showed a significant increase in learning by about 30 percent. The study showed that learning with the rose scent could help with information retention and that sleeping with the scent could provide the brain an overnight boost. The research also indicated that further use of the incense while taking the vocabulary test could promote memory.

Try to smell the scents of citrus fruits, basil, and other fragrant plants. It was noted that since ancient times people have inhaled the scent of plants to help relieve stress, fight depression, and induce sleep. Aromatherapy, the use of fragrant plant oils to improve mood and health, has become a popular form of alternative medicine nowadays. A scientific study showed that inhaling certain fragrances could alter blood chemistry and gene activity in ways that can relieve stress. The research was conducted by Akio Nakamura and colleagues and was published in 2009 in the Journal of Agricultural and Food Chemistry, a publication of the American Chemical Society.

Linalool, a floral and spicy terpene alcohol found in numerous plant species, including rose, basil, and citrus fruits, among others, is one of the most widely used substances to relieve stress. Laboratory rats were exposed to the scent of linalool during stressful conditions and then changes in their blood chemistry and gene activity were monitored. The test group was compared to rats that were neither stressed nor exposed to linalool and rats that were stressed but not exposed to linalool. Linalool restored stress-elevated levels of neutrophils and lymphocytes (types of white blood cells) which are key components of the immune system. Linalool inhalation reduced the activity of 109 genes that were overworked in stressful conditions. Although linalool exposure increased the levels of stress hormones, such as plasma adrenocorticotropic hormone and corticosterone in the stressed rats, it showed suppressive effect on changes caused by stress on the blood cells and gene expression levels that were restored to the normal levels. Thus, sniffing one’s way around the garden may provide nature’s aromatherapy to relieve stress. A word of caution though to those who have allergy to pollen and instead may find comfort in using flower-scented incense. In my case, it seems that stopping and watching the flowers are enough to unwind.

Dr. Elsie C. Jimenez is a Professor Emeritus at the University of the Philippines Baguio. She is a biochemist and molecular biologist with special interest in health and wellness. 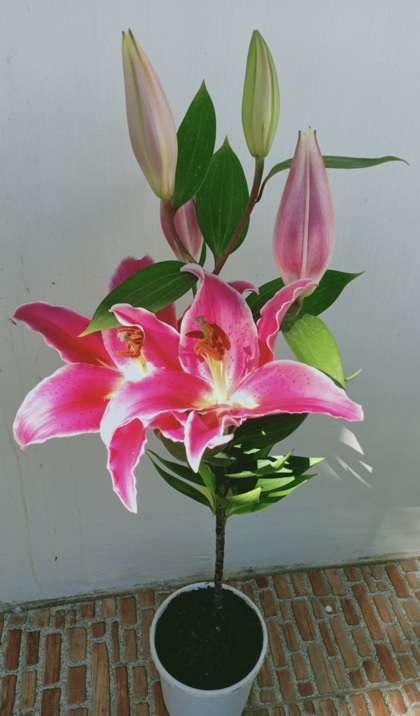 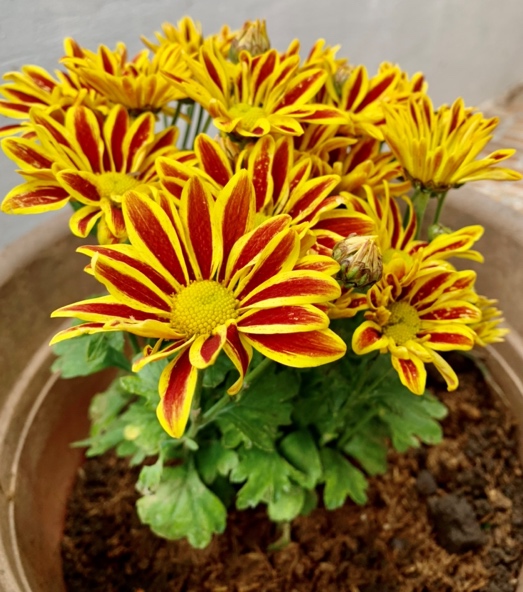 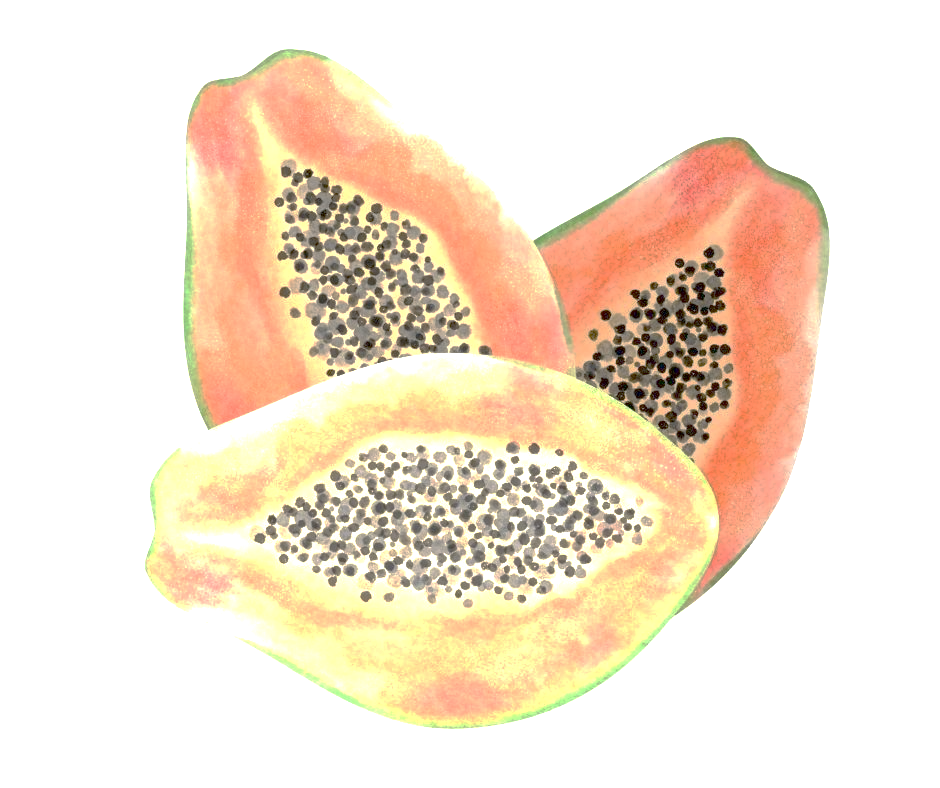 “my recent discovery has something to do with
what I always thought was a boring fruit, papaya”

Lily of the (Guisad) valley, is what I lovingly use to refer to my mother. She left the valley a long time ago, but I remember the fare we grew up on while we all lived there. Her table was never without the ubiquitous Ilocano dish, dinengdeng. From her, I inherited my love of vegetables, to eat without complaint what was set on the table, and polish every morsel of food I put on my plate. I only complained when the food had liver, oyster or mussels. Luckily, we didn’t have those often, so my complaining was left to a minimum. Not that my complaints were ever heard, I think. My two siblings devoured those three things I detested.

As a child, I never knew how fortunate I was to have a mother who truly enjoyed cooking and didn’t find the task a chore. On top of that, she had a knack for making anything she cooked taste delicious. I do not know if that’s the daughter in me talking because my palate is hardwired to like her cooking, and I never saw msg in our kitchen or my memory has obliterated every culinary failure she had and glorified the successes only. Either way, I have always found my mama’s cooking a gustatory delight.

She has told me several times that when she married, she had to learn how to cook. By the time I was born, she was already quite proficient, and I assume, she’s had ample time to practice on my brother and sister to know what to feed a third child. I was right and wrong at the same time because she knew what to feed her kids, but she was also constantly experimenting or trying new recipes. If she didn’t have it in her kitchen or couldn’t buy it, she made it. Whatever that “it” might be. Cooking on a budget drove her to be more innovative. Decades later, I realize I am turning into my mother.

No, I do not have three children, just one, but I recognize where my avid desire to make something in the kitchen most times comes from. It must have been watching my mother all those years ago tinkering with this and that recipe or process that influenced the cook I am today. I am always on the lookout for recipes and culinary tips. As it happens, my recent discovery has something to do with what I always thought was a boring fruit, papaya.

My discovery started innocuously enough when I asked a friend what he was having for lunch. I can’t rightly recall what now, but something with papaya and gata which led to the mention of his Bicolano neighbors, and how he adapted a Bicolano recipe to suit his Tagalog taste. We started discussing beef, and I commented that cooking beef takes forever that’s why I don’t cook it much. In my experience, even using a pressure cooker takes more than an hour to make beef tender enough for eating. I can’t afford to buy the expensive cuts or imported variety, so with my limited choice, cooking nilaga or caldereta at home has become a sort of “luxury” because of the time involved. He suggested I use papaya as a meat tenderizer.

In a Korean bulgogi phase years ago, I learned to use pears as tenderizers. My Ilocana heritage reared its head when faced with pear prices in the supermarket, so I looked for a cheaper alternative. The green kiwi fruit had stronger enzymes in breaking down meat fibers than the pear, but grated kiwi had a kind of gritty mouthfeel I didn’t like. There was also pineapple, but it imparted such a distinct flavor I found unfavorable, so I never used it to tenderize meat again.

Then that fateful conversation about papaya happened, so in my next grocery run, I brought home beef and a small piece of green papaya. The beef was mixed with half the papaya which I pureed. I didn’t add anything else, and let that sit in the fridge for a day. After 24 hours, I rinsed my beef free of papaya bits and patted the pieces dry. I carefully browned each piece on a skillet before deciding on caldereta as the final recipe. I sauteed onion and garlic then added my browned slices before putting them all in my pressure cooker. When the cooker started to whistle, I let 30 minutes lapse before checking the meat. To my surprised delight, my beef was fork tender. Suffice to say, I continued cooking with renewed zest and for the first time in years, enjoyed caldereta that didn’t take more than an hour to cook in my pressure cooker. I was so satisfied with the results I was messaging people late into the night waxing poetic about the magical tenderizing properties of papaya. My friend who suggested the use of papaya received the first message of course.

High on beef tenderizing success, I immediately called my mama to let her know of my discovery. My culinary triumph wouldn’t be as sweet if I didn’t have her validate my experience. After all, she is the original cook, the innovator on a budget, and I am the daughter turning into her mother.